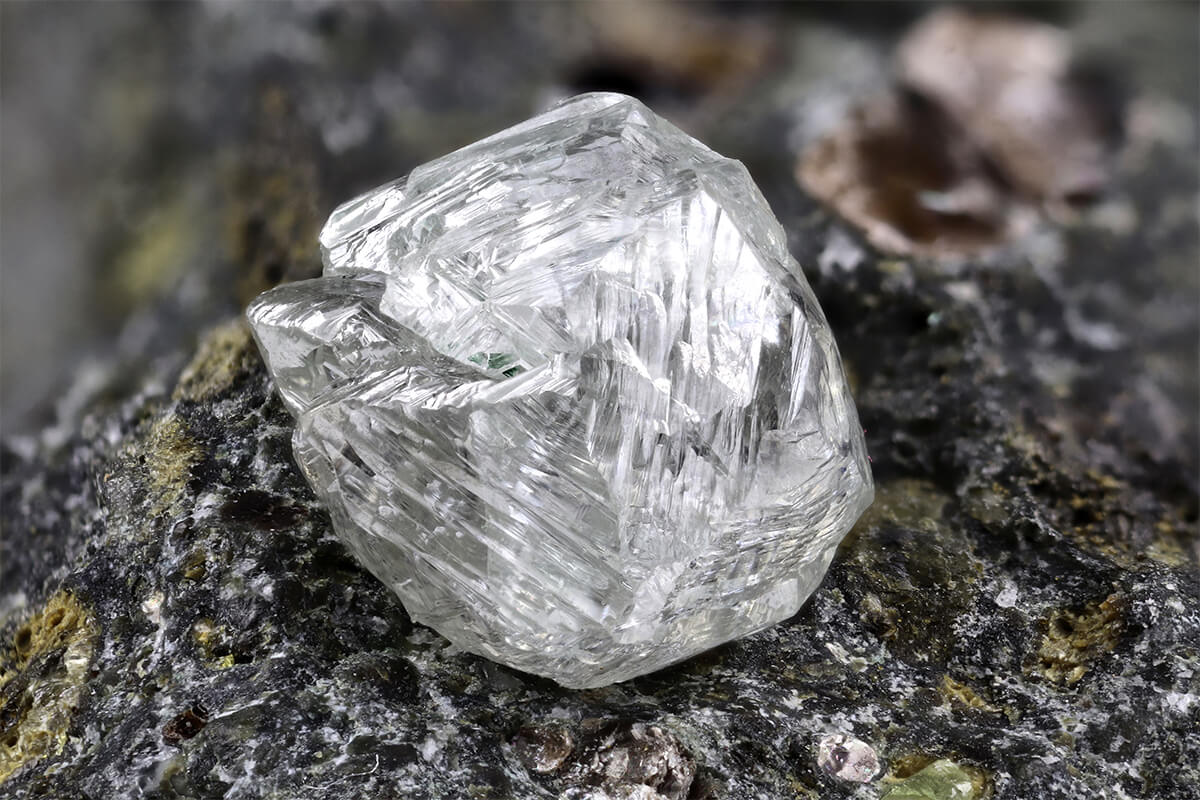 Around 1 to 3.3 billion years ago, diamonds were formed deep below the earth’s surface in the mantle. At depths of 100-200kms below the earth’s surface, where temperatures reach 900-1300 degrees Celsius and pressure is around 45 to 60 kilobars (approximately 50,000 times the atmospheric pressure on earth) diamonds were formed billions of years ago and were brought to the surface by deep-source volcanic eruptions. These eruptions produced kimberlite and lamproite pipes some of which are known to contain diamonds and are highly sought after by diamond mining companies and small mining prospectors around the globe. Over millions of years, some of these pipes became weathered and eroded from the initial eruptive deposits. The diamonds closest to the surface became displaced from their origin and were deposited further away from the source being carried away by rivers and streams with some finally being deposited in the ocean 1000’s of kilometres from the original source. 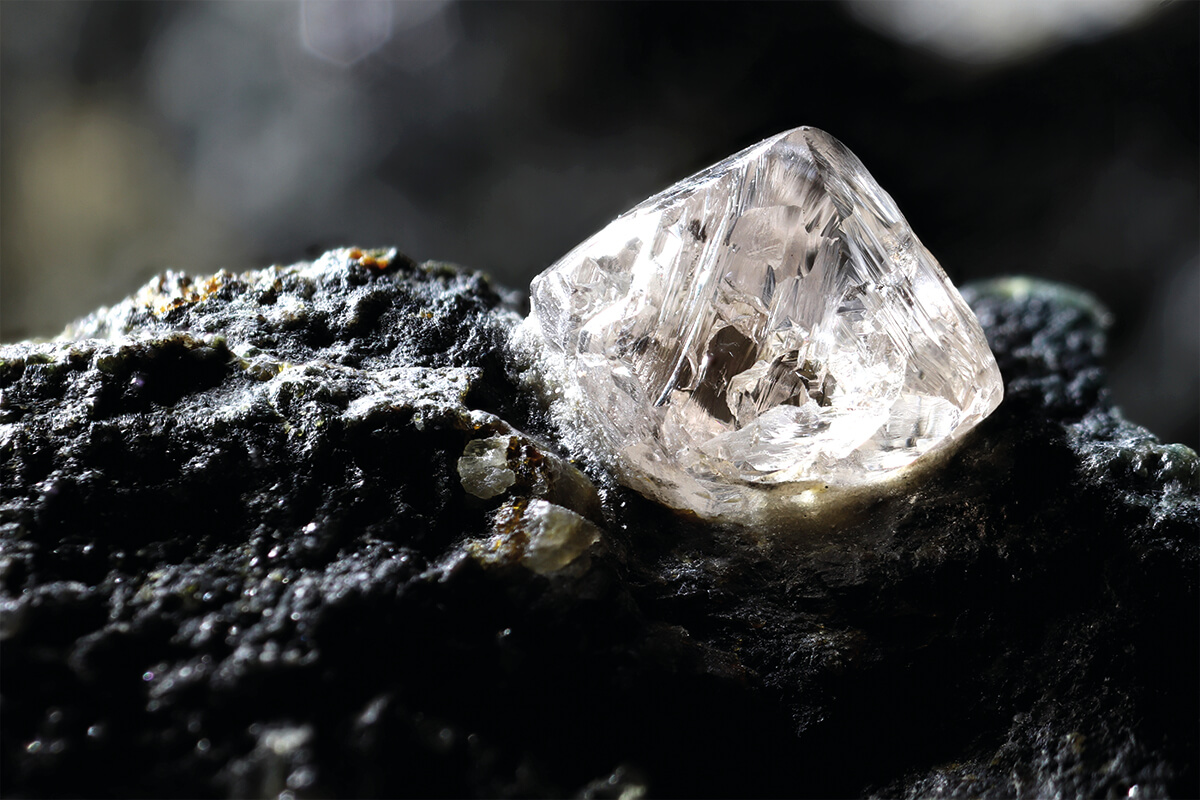 Diamonds are formed in an array of sizes, shapes, colours and qualities and it is the combination of these different characteristics that determine the value of a diamond. These attributes are known as the four C’s: 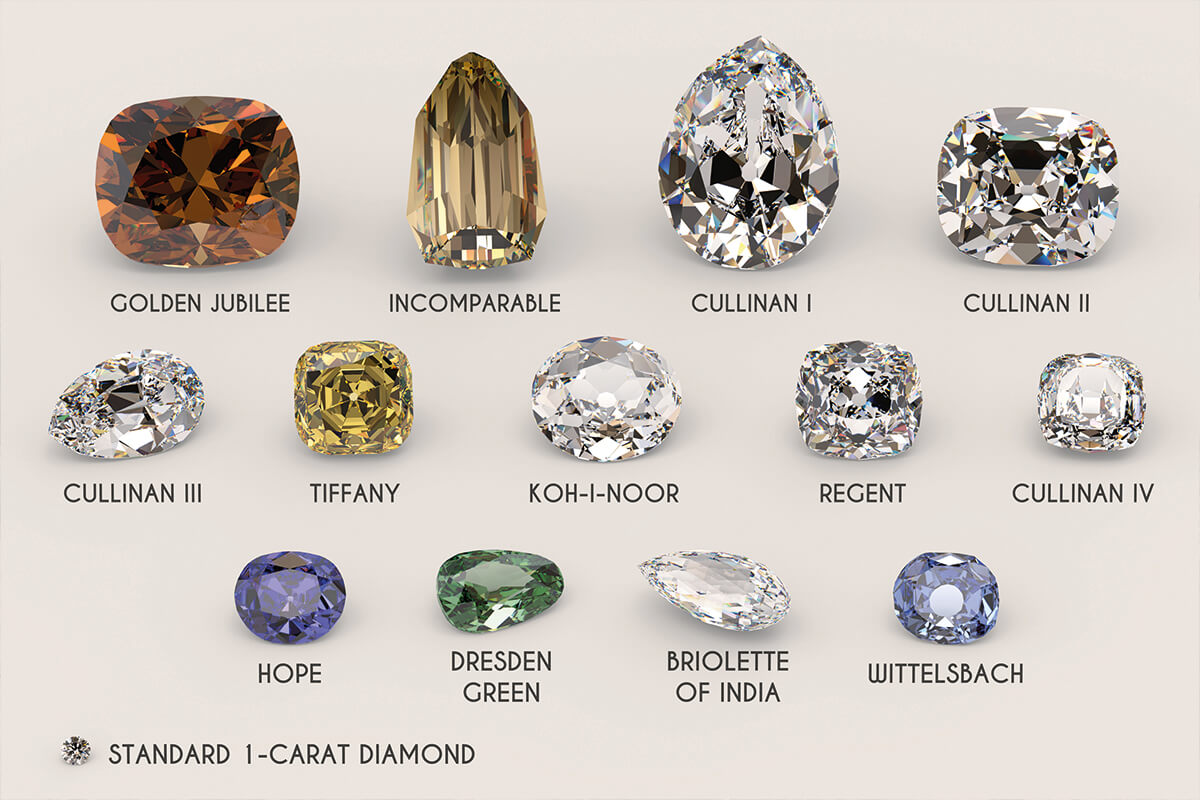 Today, diamonds are mined in many parts of the world with more than 30 mines globally producing over $100M per year each. Russia produces the most quantity of diamonds from its 16 mines, but a quarter of the world’s production by value comes from just 4 extremely rich mines in Botswana.

The largest diamond ever recovered was in 1905 from the Premier mine in South Africa. The diamond was named The Cullinan diamond (after Thomas Cullinan – the chairman of the mine) and it weighed in at an astonishing 3,106 carats. The diamond was given to King Edward and was eventually cut into nine large diamonds and 100 smaller ones. The three largest diamonds form part of the British Crown Jewels and are on display in the Tower of London.

Aside from the famous Cullinan stone, South Africa has discovered 6 of the largest 20 rough diamonds ever found that include the Excelsior (995.20ct), the Centenary (599ct), the Jubilee (650.80ct) and the De Beers diamond (428.50ct). Since 2015, with the assistance of XRT technology, 3 diamonds weighing more than 1000 carats each, have been recovered in the neighbouring country of Botswana.