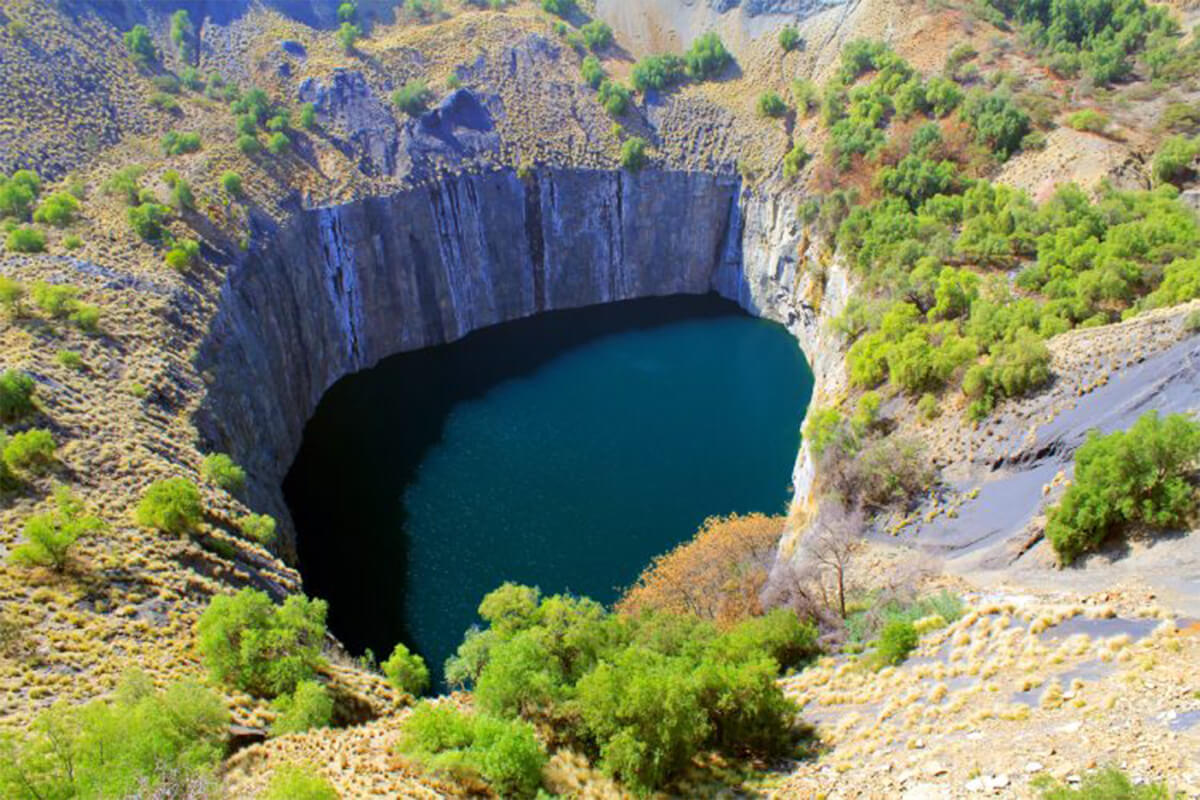 Kimberley is located in the centre of South Africa and is approximately 110 km east of the Vaal and Orange River. Famous for the Big Hole, diamonds have been found in Kimberley and the surrounding areas for over 150 years and thousands of people in this region still make a living working in the diamond industry today.

With many mines coming to the end of their natural life span there are still many opportunities in and around the area. With many kimberlite pipes known to be in this region of Africa coupled with large long rivers running across the country, alluvial diamond mining has become prominent. The exact source of diamonds along the Orange and Vaal rivers are unknown, however diamonds have been transported from several sources down these rivers all the way to the Atlantic Ocean on the West coast. Only within the last 50 years has there been any focus on the potential of alluvial mining on the Vaal or Orange rivers. 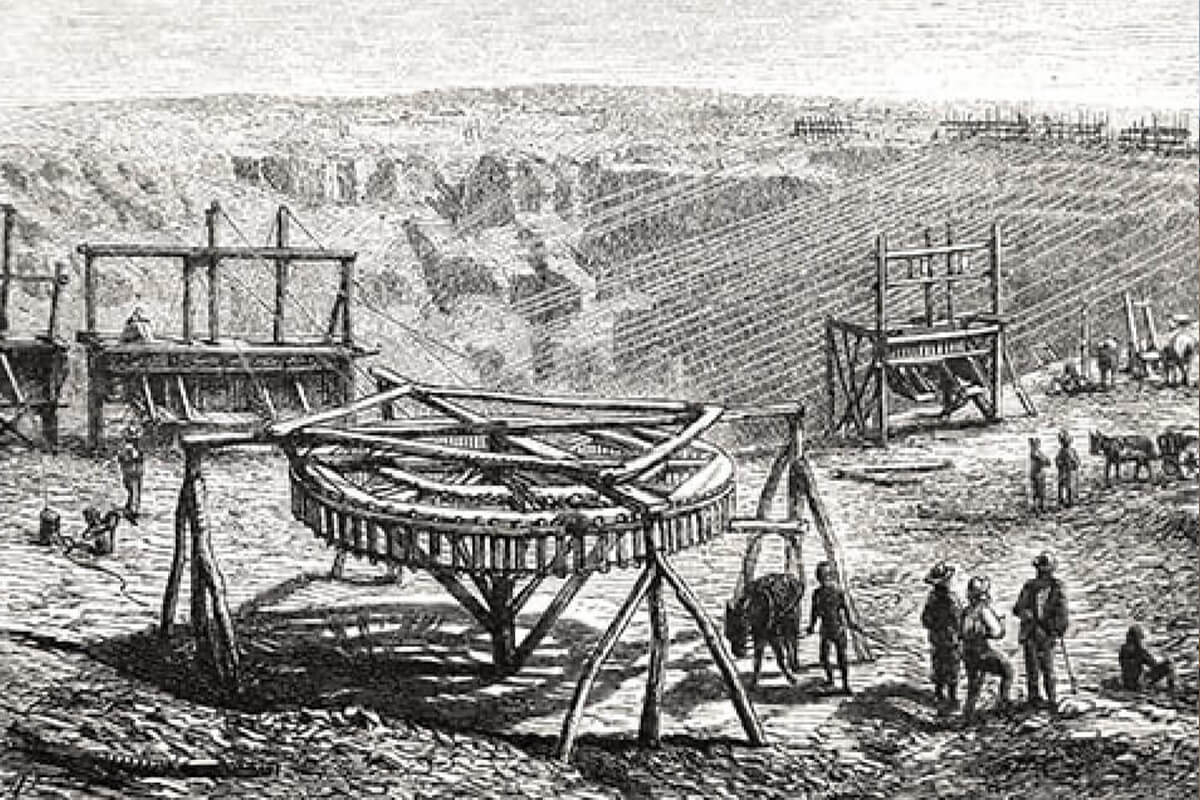 History of diamonds in Kimberley

In 1866, a 15-year-old boy named Erasmus Jacobs found a small unusual looking pebble on the family farm which was located just outside Kimberley. He showed the pebble to his father who promptly sold the stone to Schalk Van Niekerk who had the stone confirmed as a diamond. The 21.25 carat diamond was placed on display in Paris in 1867 and was eventually sold upon its return to South Africa to the Governor of the Cape Colony at the time, Sir Philip Wodehouse. 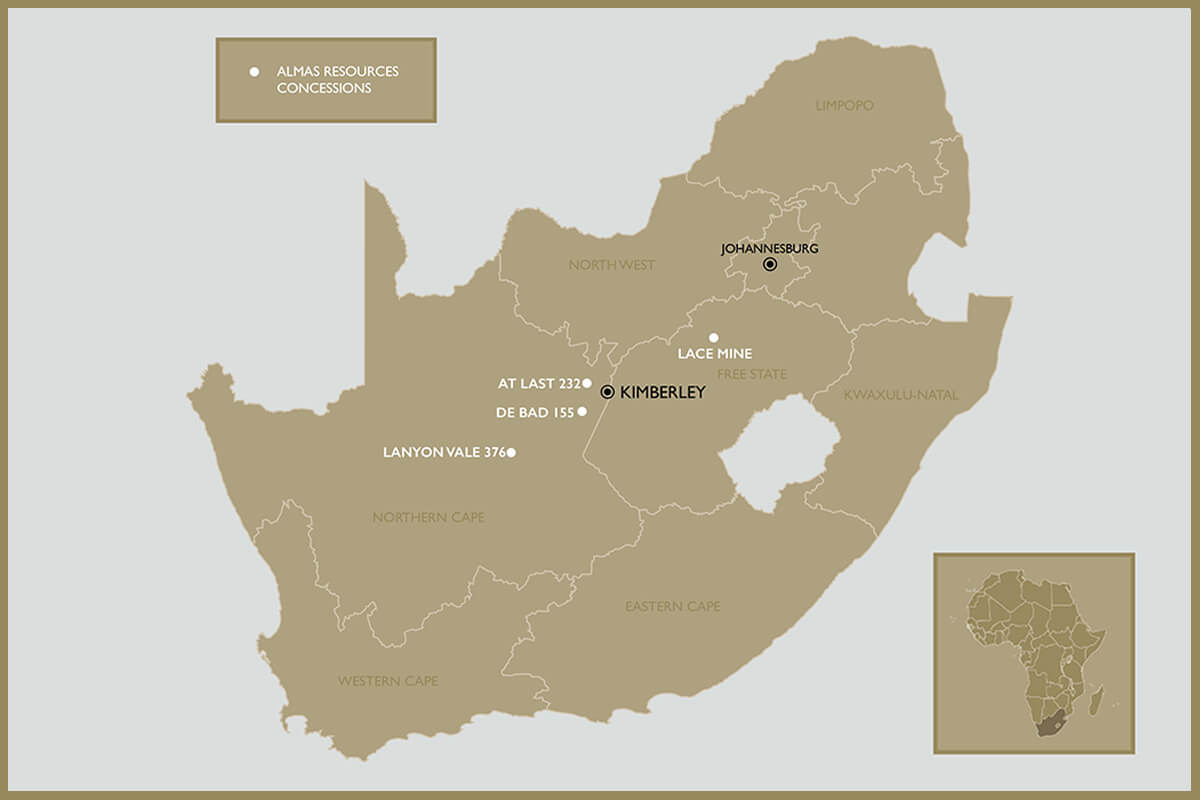 In July 1871, diamonds were discovered by the man servant of Fleetwood Rawstorne on Colesberg Kopje. This discovery sparked the famous diamond rush, or “New rush”. Within a month 800 claims were cut into the hill which was being dug by two to three thousand men. Within 2 years the Kopje became a hole and eventually formed the Kimberley mines as they are known today. The plethora of smaller mining companies were eventually bought out by Cecil Rhodes and Charles Rudd. In 1888 they merged their company with the De Beers brothers forming De Beers consolidated mines, which has played a significant role in the diamond industry ever since.

From mid-July 1871 until August 1914, 50,000 miners dug the hole with picks and shovels, yielding 14.5 million carats of rough diamonds. It was excavated to a depth of 240m. The Kimberley Mine underneath the Big Hole was eventually mined to a depth of 1,097 metres making it one of the largest hand-dug holes on the world.